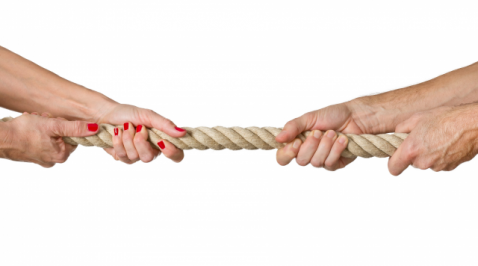 What’s Mine is Mine

If you’ve been married more than once and there are children from former marriages in the picture, estate planning is often tricky. Things can be even more challenging when you or your current spouse need long-term care. How can blended family situations create problems?

Prenuptial agreements are one issue, according to Jessica Greene, a Certified Elder Law Attorney at Walters & Galloway, PLLC, a Life Care Planning Law Firm in Mechanicsburg, Pennsylvania. “Many people go into subsequent marriages with the idea that what each brings into the marriage is their own property,” she explained. “What they don't realize is that they need to change their estate planning documents to align with the prenup.”

The “what’s yours is yours; what’s mine is mine” approach often causes trouble when one half of the couple needs long-term care. This thinking leads many people in second marriages to mistakenly believe that their assets won’t be recruited to pick up the tab. “Medicaid doesn't honor prenuptial agreements,” Jessica cautioned. “If a wife in a second marriage needs long-term care, even if the husband had a prenup that says he’s not liable for the bill, Medicaid doesn’t care. In many cases, he will still have to pay.”

Gifting assets to children from a previous marriage can also create problems. For instance, say a man marries his second wife later in life. Shortly after the wedding, the wife gives her property to children from her first marriage. A few years later, after the wife develops Alzheimer’s disease, the husband discovers that the property his wife had given to her children is no longer available to fund her long-term care expenses. He will have to foot the bill using money from his own estate.

In another case, an elderly couple met in a retirement community. They didn’t pay any attention to their finances, thinking “what’s mine is mine; what’s yours is yours because they had a prenuptial agreement in place. The man ended up needing skilled nursing care. During the Medicaid application process, it was discovered that he had gifted money to his children within the previous five years, which created a penalty period. “He gave away his last $200,000 to his kids, he can't get it back, and now the nursing home is looking to his wife to pay for his care during the Medicaid penalty period,” Jessica explained. Divorce may seem like a radical option, but it can be the only recourse available to preserve assets in a situation like this. “I rarely advise people to divorce, but in this case, it was the only way for her to avoid being on the hook for the nursing home bill during the penalty period.”

Jessica stresses that where you live will determine your situation. “Some states allow for spousal refusal, which means that the spouse can refuse to pay,” she explained. “Pennsylvania does not allow that. However, most states have spousal impoverishment rules that make it possible to transfer wealth to the other spouse and protect the assets. Because of these rules, divorce is not usually the best option.

These situations highlight the importance of getting good advice early, well before long-term care is needed. “Most people think nothing of giving money to their kids,” Jessica added. “When multiple marriages are involved, the couple may not even tell each other about these gifts. They have no idea how much damage they may be doing. That’s why it’s so important to talk to an elder law attorney. You’ll pay a lot less in the end.”

Find a Life Care Planning Law Firm near you.