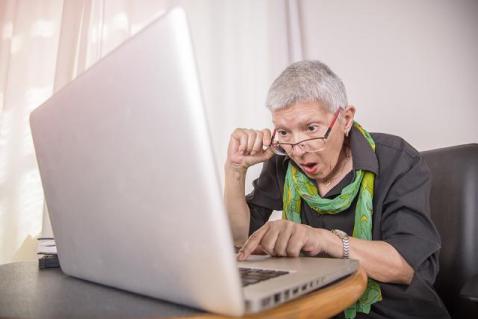 The internet has changed many things in our society, including estate planning. Google the term “estate planning documents” and you will get nearly 200 million search results, many of them from companies who offer downloadable documents at low prices. This may seem like a great deal for the average consumer. But is it?
According to Jessica Greene, a Certified Elder Law Attorney at Walters & Galloway, PLLC, a Life Care Planning Law Firm in Mechanicsburg, Pennsylvania, online document services may sound good in theory, but they often fail to deliver in practice.

Since each state has different requirements for forms, Jessica is wary of companies that claim their forms are valid in every state. Some people who have relied on these generic online forms end up in her office, hoping she can undo the damage. “These situations are costly and painful for families,” Jessica said. “If the person who created the documents doesn’t have the mental capacity to create new ones, the family could end up in court to work it out.”

Jessica has no shortage of horror stories. In one case, a person who had been married twice used an online form to create a will. He added caveats to the will that no one could decipher after he died. The second wife and the children from both marriages were fighting over what the will meant. “It probably made sense to the man when he created it,” Jessica noted. “But it was confusing to the people left to interpret it.”

The ambiguity of online forms can be especially troublesome when it comes to long-term care in blended family situations. For instance, a man who creates a will using an online form may specify that, after he dies, his current wife can live in their home for the rest of her life, and that his remaining assets are to go toward her long-term care. Meanwhile, the children from the man’s first marriage may interpret the will differently, thinking all the money should go to them. “If he had gone to an attorney in the first place and explained what he wanted, they wouldn’t have spent years in court fighting over it,” Jessica said.

Generic powers of attorney create many of the problems Jessica encounters. People often ask her to fix documents that lack what Pennsylvania calls “hot powers.” These “hot powers” enable the agent to perform certain acts. Many of the powers of attorney that Jessica sees fail to address long-term care planning. “If your power of attorney does not give your agent the right to make unlimited gifts, deal with jointly owned accounts, and add beneficiaries to accounts, then your agent won't be able to do Medicaid planning on your behalf,” she said. “Online forms are basic documents in most cases. They will almost never give an agent the powers they need when a loved one is in the nursing home or if they want to protect their assets.”

Working with a qualified estate planning attorney is one way to avoid the problems created by generic online documents. Working with an attorney in a Life Care Planning Law Firm is even better. “We help our clients figure out what they want to achieve,” Jessica added. “We know what questions to ask, and we plan from a big-picture perspective. It may cost a little more up front, but it pays for itself many times over in the end.”