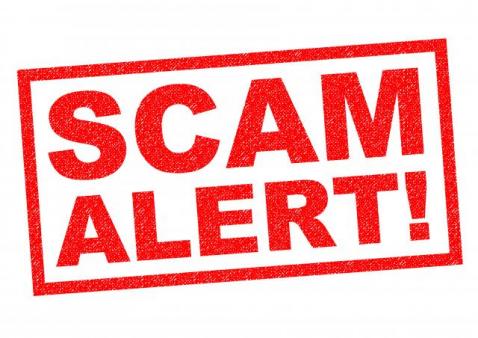 Who’s scamming who? For Bridget Lyman it’s all in a day’s work. Bridget works as an Elder Care Coordinator at Gilsoul & Associates, a Life Care Planning Law Firm in Shreveport, Louisiana, and has worked as an advocate for seniors for more than thirty years.

“Fraud is everywhere,” says Bridget, whose career path includes stints as a senior advocate, assisted living facility director, adult daycare director, and homecare director. “I saw people committing fraud on elderly people in everything I did. It's the most aggravating thing in the world to watch people take advantage of seniors.”

Fraudsters used the issuance of new Medicare cards as an opportunity to scam seniors. "You wouldn't believe how many people fell for this,” says Bridget. “Scammers were able to get Social Security numbers by requesting a person’s old Medicare number.”

When it comes to fraud, Bridget has seen it all. And it’s not just criminals on phone banks in foreign countries perpetrating these scams. “I saw a caregiver for hire provide sexual favors to an elderly man who was in the early stages of dementia,” Bridget recalls. “She got him to change his will. When the man died, his attorney daughter was unable to reverse what this lady had done prior to his death. He probably wasn’t her only victim.”

In another scam, fraudsters meet lonely seniors online and build so-called relationships. In one case, a woman in her late 60s with a developmental disability met a man who claimed to be in the military overseas. Though she had very little money, he was able to convince her to send him money every month. Eventually he requested a lump sum so he could buy a plane ticket to fly back to the United States and marry her. “After she wired him the money, she couldn't reach him again,” recalls Bridget. “This woman was devastated, but within a few short weeks, she had found herself another overseas boyfriend, which is probably the same fraudster using a different name.”

This situation highlights a common issue that people don’t often think about: what happens if a senior is being scammed but he or she isn’t willing to admit it or to cooperate with authorities? “Unless a senior is declared incompetent, nobody can stop the person from doing what they're doing,” notes Bridget. “Elderly Protective Services can educate the senior, but they can't force the senior to make a good decision.”

In most cases, once seniors discover they’ve been scammed, they’re usually embarrassed about it and they don't want anybody to know. That’s why experts say that scams targeting the elderly are grossly underreported.

The advantages aren’t just legal ones. Having a care coordinate on the ground with an elder loved one gives family caregivers an added layer of protection. “I’m able to have my antenna up in a way that family caregivers don't—and can’t,” adds Bridget. “If I sense danger, I can develop a strategy to deal with it. Families love the security.”