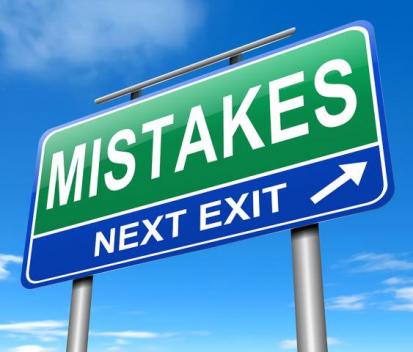 Estate Planning Screw Ups of the Rich and Famous - Part 1

Do you think that celebrities have it better?

When it comes to estate planning, the answer may be no. You would think that anyone with so much money would automatically have access to the best legal advice. What we find is that celebrities are just like the rest of us. They make estate planning mistakes. Unfortunately, their mistakes make headlines.

Take Michael Jackson, for instance. You’ve heard of him. He was the King of Pop in his day. He wanted to keep his private business private, as so many of us do. At some point, Michael must have gone to an estate planning attorney, because he had a trust. All the trust documents were signed.

He thought everything was taken care of.

He forgot to fund the trust.

Forgetting to fund a trust is more common than you might think. What Michael did is exactly what so many estate planning clients do. They think that signing the documents is the end of the project, but it’s not, especially if you go the route of a trust, as Michael Jackson did. He had a revocable trust, but he forgot to put anything in it.

Why does this matter? Think of a revocable trust like a backpack you would take on a hike. You can put your water bottle in, and you can take it out. A revocable trust is a lot like a backpack except you're not putting your water bottle in, you're putting your assets in. That's called trust funding. A trust isn’t valid unless you put assets in it.

Some people who create revocable trusts never get around to putting any assets in. After Michael’s death, instead of avoiding probate altogether and keeping things private (which is the point of a revocable trust), his executors had to take the case into probate court in California to get permission to collect the assets, and then put them in the trust.

So many of my clients do the same thing Michael did. My staff has to remind clients about the list of tasks they need to complete after the ink is dry on the trust documents, such as updating signature cards, transferring deeds, and the like. Most people don't want to an attorney to do those things. They think, "Oh, I could do that myself,” and they can. They just never get around to it.

Michael Jackson had millions of dollars at his disposal. He had good legal advice that he chose not to follow. He just never got around to it.

How could this happen?

We’ll never know for sure, but here’s my theory. Michael Jackson was probably busy being Michael Jackson. He was probably writing music, performing, making personal appearances, and jetting around the globe. Maybe his attorneys were hounding him the whole time to transfer assets into the trust. Maybe they were pestering him about taking care of the details. But the details never got done for Michael Jackson, just like they often never get done for the rest of us.

Here’s my advice to you. If you have a revocable trust that you haven’t yet funded, take care of it as soon as possible. You may think you’re too busy to deal with it today, but the effort you’ll spend attending to those details will be nothing compared to the effort your family will have to expend mopping up after you if you don’t.