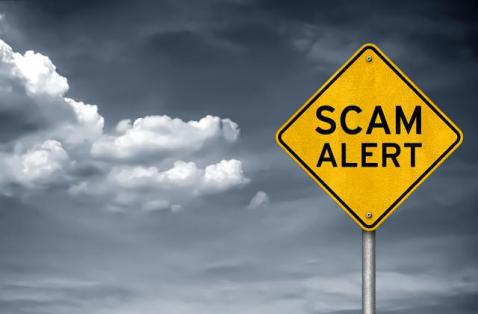 Seniors lose an estimated $2.9 billion annually from scams and financial exploitation. The problem is so pervasive that the Senate established a committee to investigate the situation. That committee, the U.S. Senate Special Committee on Aging, produced the 2019 Fraud Book, which offers a detailed look at the senior scams.
What are the top 10 scams targeting seniors?

1. IRS impersonators
This one should come as no surprise. More than 14,700 taxpayers have lost more than $72.8 million since 2013, according to the Treasury Inspector General for Tax Administration. Criminals typically threaten victims with foreclosure, arrest, or deportation if a “delinquent” tax payment isn’t made.

2. Robocalls
Callers mask their identities with fake phone numbers and assume a false identity in efforts to obtain personal information. Nearly 2.4 billion robocalls are made each month, according to the Federal Communications Commission.

3. Sweepstakes scam
Sweepstakes scammers falsely claim seniors have won a lottery and need to pay a fee to collect their winnings. At its peak, it was estimated that con artists placed approximately 30,000 phone calls to the U.S. each day and stole $300 million a year from seniors.

4. Computer tech support fraud
Scammers convince victims that their computer has a virus and persuade them to provide personal information and bank account numbers. Microsoft estimates that 3.3 million Americans are victims of technical support scams annually, with losses of approaching $1.5 billion per year.

5. Elder financial abuse
Seniors lose an estimated $2.9 billion annually due to financial exploitation, although these numbers are likely under-reported. Scammers can include family members, paid home-care workers or strangers who take advantage of seniors’ financial decision-making.

7. Romance frauds
Romance scams exploit seniors’ loneliness and vulnerability. Victims are contacted through a dating site and after trust is built between the two parties, the scammer asks for money for medical emergencies, hotel expenses, hospital bills, or visas or other official documents.

9. Lawsuit or arrest threats
Pretending to be from a law enforcement agency, scammers threaten a lawsuit or claim a warrant is out for the victim’s arrest if a fine is not paid immediately. Often, the caller says the penalty was issued for failing to report for jury duty or not paying taxes.

How can you—or an aging loved one—avoid these scams? The U.S. Senate Special Committee on Aging for Avoiding Scams offers these suggestions: