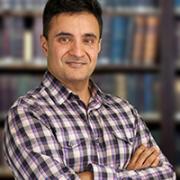 The reality that most people will grow old and need care is a fact of life that transcends cultural and national borders. Just ask Kaushal Vaidya, Director of Care Coordination and Pubic Benefits at Drazen Rubin Law Group, a Life Care Planning Law Firm in Milford, Connecticut.

Born in India, Kaushal was a child when his parents moved the family to the U.S. Though he grew up steeped in American culture, Kaushal saw that his parents’ close relationships with members of their extended family was different from what he saw among his friends. “It’s a part of Indian culture to be close to family, and relatives would come and stay at our house for extended periods of time,” remembers Kaushal. “When I was a kid, I thought that that was a bit weird. But as I got older, I really respected my parents desire to help relatives in need.”

Guests in the family home included a cousin with health problems and an elderly aunt who needed care. “I was young and a bit uncomfortable with my aunt at first,” Kaushal explains. “But I helped her with a lot of things and we eventually grew very close.”

Kaushal’s experience with his aunt convinced him that he wanted to find a career where he could help people. As a teen, he volunteered in hospitals and in schools in the inner city. But he wasn’t sure exactly what he wanted to do with his life. There was no clear calling. Kaushal’s father, who worked as a doctor, was an inspiration, and so he decided to launch his career in the healthcare field. After earning an undergraduate degree in biology from the University of Connecticut and an MBA in Healthcare Administration from Temple University, Kaushal worked in a number of roles in the healthcare field, including medical research, assisting families with difficult medical decisions, and working for a medical marketing firm in New York City. “In that job, I didn't feel like I was helping people,” he remembers. “It was just about marketing drugs.”

An unsatisfying job wasn’t Kaushal’s only problem. His parents, who still lived in Connecticut, were getting older and starting to need help. Kaushal wanted to find work closer to home. Through a series of fortunate coincidences, he learned about an opportunity to work as an elder care coordinator at Drazen Rubin Law Group, whose offices where a short distance from his parents’ family home. Kaushal tried the job on a part-time basis to see if it was the right fit, and then accepted a full-time position with the firm.

That was in 2012. Today, Kaushal relishes his work. His medical background allows him to assist clients as their needs changes and they move through the long-term care system. “I found that I really enjoy guiding people through what is usually a vulnerable time in their lives,” he says. “It’s very satisfying to know that I’m making the journey through the long-term care maze easier for them.”

When he’s not assisting Drazen Rubin clients, Kaushal still finds time to help others. He currently volunteers as a nutrition instructor for a company that teaches inner city residents how to cook and eat on a budget. “Helping people is a lot more rewarding to me than just sitting behind the desk just trying to make money,” Kaushal adds. “This is way better.”