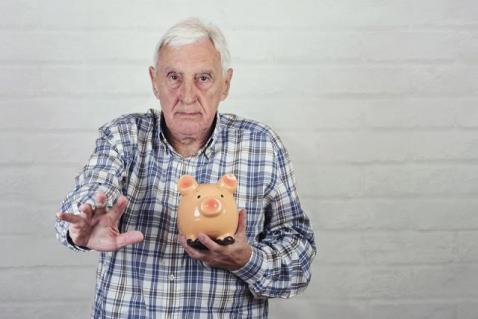 In the first article in the series, we explored the science that explains why older adults may be more likely to fall for financial exploitation schemes. This article, the second in the series, takes a closer look at the signs and symptoms of elder financial abuse.

What should family caregivers watch for? We posed this question to Shannon Miller, a board-certified elder law attorney at the Miller Elder Law Firm, a Life Care Planning Law Firm in Gainesville, Florida.

The first sign involves a sudden shift in privacy preferences. An older adult who previously allowed his family caregiver access to bank accounts may suddenly withdraw that access. They may not want you to be checking their mail. They may not want you to be looking through their stuff. “If they become very private all of the sudden, it’s a bad sign,” Shannon cautions.

Seniors being exploited may remove money from accounts or move assets between accounts, inventing elaborate excuses to hide their activities. “They may tell you they don't like their banker anymore, and then all of the sudden, they’ve relocated their assets to a different bank,” Shannon explains. “There may be large unexplained cash withdrawals or small cash withdrawals more frequently than you’re accustomed to seeing.”

When new people enter an elder’s life, family members should pay attention. “I had a case recently where an elderly man found a new girlfriend,” Shannon recalls. “The girlfriend claimed that the man’s daughter was using his credit card to pay for a trip to California. When the man confronted his daughter about the charges, she told him that the charges weren’t for a trip to California, they were purchases for him. Unfortunately, the father chose to believe the falsehoods that the person closest to him—in this case, his girlfriend—kept telling him.”

What do family caregivers need to know if they suspect that a loved one might have an exploitable brain? Shannon stresses that early intervention is key. “It’s important to have an estate plan in place that addresses potential exploitation before the older adult becomes exploitable,” she notes.

In Florida, a premade consent against exploitation allows family members to freeze assets for a loved one if planning has been done. Another option is to designate people to step in and manage assets if a person becomes incapacitated. The decision to step in is usually decided by a committee made up of the person’s physician, a financial advisor, the spouse, an adult child, or others who have to agree that the person is no longer capable of managing his or her assets.

Shannon recommends that adult children be proactive. “You have to be good watchdogs on your parents, you need to talk about their finances, you need to know where their assets are, and you need to be involved on a regular basis to make sure they aren’t being scammed,” she advises. “When that privacy wall goes up, that's when you need to start asking questions.”

Shannon acknowledges that these conversations won’t be easy. Many older adults will resist their kids’ efforts. “If people are unwilling to have family members take on that role, they may be open to a third-party, like a CPA or a financial advisor serving in the watchdog role,” she recommends. “That’s a whole lot better than finding out that Dad gave all his money away to an African prince.”