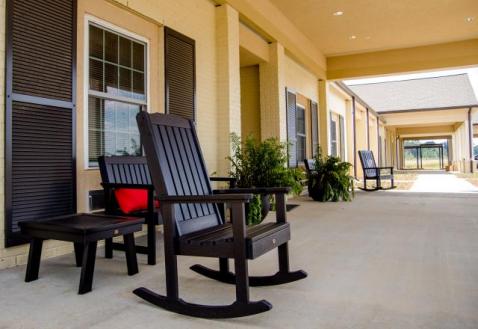 Moving an elderly relative from the home to a long-term care setting, or from one care setting to another can be a traumatic process for everyone in the family. Fortunately, elder care coordinators in Life Care Planning Law Firms coordinate residential transitions like these all the time.

To get a glimpse of what happens during an older adult’s residential transition, we talked to Diane Peabody, R.N., an elder care coordinator at Applegate & Dillman Elder Law, a Life Care Planning Law Firm in Carmel, Indiana, just north of Indianapolis. In her role, Diane is responsible for helping the family coordinate several aspects of the process, which can take days in some cases and months in others.

One notable case involved an elderly woman (let’s call her Jolene) and her husband who had been living in an assisted living facility in Florida. The husband died, and not long after the funeral, Jolene took a fall. She ended up in the hospital and healthcare workers at her assisted living facility could see that her mild dementia had worsened. After a few days in a rehabilitation facility, it was clear that Jolene needed to be near family, all of whom lived in the Midwest.

That’s where Applegate & Dillman Elder Law got involved. Jolene had two sons in Indiana who were sharing the responsibility of care. After the family engaged the firm, Diane and one of the attorneys met with the son who was handling his mother’s financial matters, and then she called the son overseeing his mother’s health care. “I asked lots of questions. What were we dealing with? What timeframe were they looking at for a move? Was there a healthcare contact in Florida who could fill in the blanks?"

Fortunately, Jolene’s case manager in Florida had the information Diane needed. “The case manager was able to give me a good idea of Jolene’s healthcare situation, her ability to manage the tasks of daily living, and her overall physical condition,” Diane recalled. “That information is vital because it tells us what level of care the person needs, which tells us which facilities are best suited to meet those needs today and in the future.”

After receiving the case manager’s nursing notes, Diane went to work to identify which facilities in the area could meet those needs. “This is where knowing the admissions directors is so important,” notes Diane, who leverages her 30+ years as a nurse in the community with her experience as a psychiatric nurse working with Alzheimer's and dementia patients. “When you have close relationships with the people who run the facilities, it makes this kind of research so much easier. You just pick up the phone, explain the situation, and see if the facility can meet their needs.”

Coming up with a list of facilities to present to the family isn’t the only thing that needs to be done. There’s the matter of figuring out how the family will pay for care. “We need to determine whether this might be a current or potential Medicaid situation down the road because that affects which facilities we look at,” says Diane, who works with the firm’s attorneys to analyze the information provided by the family.

In the second article in our three-part series, we will follow Diane as she guides the family through the facility selection process.